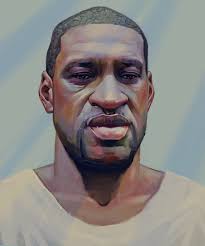 I’m taking a class remotely from St. Edwards’ University in Austin, Texas, as part of a Master’s Program for Mental Health Counseling called Counseling Diverse Populations, and a writing assignment came up recently with the prompt to write “A personal exploration of the student’s cultural identity. Including themes and experiences of power, privilege, microaggressions, macroaggressions, stereotyping and discrimination.” The timing of this essay could not have been more appropriate, given the explosive cultural context of race issues in America right now.

The final essay isn’t due for another couple weeks, but with the encouragement of some of my ManKind Project brothers as part of our weekly Men’s Group (shoutout to the Westside Wildmen) I decided to share some of my rather raw and unpolished thoughts and feelings on the subject here. One thing I know for sure is that EXpression is the antidote to DEpression. So we talk, we cry, we scream, we write, we make art, we kick the heavy bag, we lift heavy shit, we march, we grieve, we share our journeys on social media… and we make this movement MOVE, together. And THAT’S how we’re going to bend the moral arc of the universe towards justice, to paraphrase MLK, Jr. It doesn’t bend itself, WE bend it ourselves.

I was born to a French, English, German (“White”) mother from Ohio and a third generation Polish Ashkenazi Jew from Brooklyn, New York, and raised in the progressive hippie mecca of Corvallis, Oregon, in the Pacific Northwest, nestled between Portland to the North and Eugene to the South.

Have I ever experienced any macro-aggressions? Or perpetrated any?

I think by definition a macro-aggression is culturally based, from what I’m reading. So in that case, where do I begin? There was the time my Thai girlfriend and I got jumped while having breakfast in an open-air restaurant by a group of four local Thai simply for being a Falang (foreigner) sitting with a Thai girl. I can only imagine what it would’ve been like to be a black man in the South only a few short decades ago, when that kind of violence was common-place. Hell, I can’t imagine what it must be like being a black man in America in 2020, with outlandish police behavior STILL being perpetrated on a weekly basis, and with white supremecist groups being re-energized with the election of Donald Trump in 2016. Even though I am darker skinned than truly “White” people, and have never felt especially identified with “White Culture” I get lumped into the ethnic category for better and for worse. Of course it has mostly been to my advantage being “White,” and a straight man, I’m sure. I have a pretty trauma and discrimination free relationship with authority figures like Police Officers. My dialect, body odor, clothing style, hair, etc. have neither been subtilely nor overtly teased in any serious manner.

When we perpetuate a culture of discrimination and capitalistic media-based values, it sets most of us up to lose. What has always been one of America’s most redeeming ideals has been the promise of a fair shot at rising above the legacies of our ancestors; at living in a meritocracy, where hard work, intelligence, and being a decent human being were all that was needed to live good lives, like the happy people we saw in daytime comedy sitcoms or during Tide commercials on television. As Chuck Palahniuk captured so well in that famous Tyler Durden monologue from Fight Club, “We’ve all been raised on television to believe that one day we’d all be millionaires, and movie gods, and rock stars. But we won’t. And we’re slowly learning that fact. And we’re very, very pissed off.”

Have I ever been the subject of micro-agressions? The perpetrator?

First, a definition from Wikipedia: “Microaggressions have been defined as brief and common daily verbal, behavioral, and environmental communications, whether intentional or unintentional, that transmit hostile, derogatory, or negative messages to a target person because they belong to a stigmatized group.”

By this definition, a couple instances of experiencing microaggressions come to mind. In 8th grade, a boy pointed out that I had some wisps of hair growing between my eyebrows; a “unibrow.” The teasing unsettled me as I looked around at the non-unibrows of my mostly white classmates and became increasingly self-conscious. I shaved the unibrow shortly thereafter, and began tweezing it regularly starting in 9th grade. At one point I over-plucked to the point where kids started noticing, and then teased me for having feminine eyebrows, going so far as to call me “Eyebrows.” The irony was that the kid who originally teased me for having a unibrow himself had a hairier-than-white-people patch between his eyebrows. This might sound like a trivial example of it, but this is the insidious nature of dominant culture oppressiveness; it turns minority groups against one another, all in a tooth-and-nail fight to assimilate into the mainstream–a fool’s errand if ever there was one.

Once some of my “friends” in Middle School found out that I was ethnically if not culturally Jewish, they poked fun at my “Jew nose” and made inappropriate holocaust jokes. Now, I have a pretty dark sense of humor and believe in the importance of being able to laugh in the face of all the heaviness and sorrow in the world, especially in times like these, but this kind of racially-based humor that’s laced with body-shaming and a belittling energy is just plain toxic. So yeah, I’ve experienced plenty of microaggressions in my life. And though some way find the word itself to be politicized and associate it with airy-fairy snowflake liberals, just from doing this basic exercise in examining my own life and how I’ve experienced little acts of microaggression, I see that this kind of cultural awareness is what is needed for us to make a macro-scale change and create a more just future for the generations to come.

What’s your take on the Black Lives Matter movement, the recent protests, and race issues in America?

Well, what happened to George Floyd, just the latest (or not even the latest, as I write this) in a string of despicable tragedies that didn’t need to happen, was a fucking crime. It is the tip of the ice-berg, and it can be overwhelming to consider the full extent of the systematic oppression, discrimination, trauma, and injustice that has been perpetrated against Black Americans for hundreds of years, since the colonization of Jamestown, Virginia, in 1607. Even as the first African slaves arrived in Virginia in 1619, those early settlers were already busy dominating, subjugating, and dislocating another people whose lives also matter; Native Americans. The history of racism woven into the fabric of America is nauseating for a country which prides itself on being a “melting pot” and the “home of the free.” The contradictions and hypocrisy within American history and American culture have always been there; it’s just that as a whole, we’re becoming more and more fed up with it.

And this, though extremely painful, is a good thing. As Martin Luther King, Jr. once famously said, “The arc of the moral universe is long, but it bends towards justice.” Well, if only it were that simple. Yes, we have made massive strides in the right direction. That is undeniable. But there is much progress to be made, and that progress is not assured. We have to MAKE it happen. By examining our own biases, by speaking out when we witness racism, by changing the systematic levers which perpetuate racial inequality, and yes, by protesting, in the ways which will actually create meaningful change.

I watched the George Floyd video and I felt a pit grow in my stomach. I felt a little traumatized just watching that happen and feeling powerless to do anything; the crime was already done. Then I watched those protesters wreaking havoc on that Minneapolis PD precinct, and God help me, I felt a vicarious catharsis that folks had been so moved to take justice into their own hands. Violence usually perpetuates violence, and I’m not trying to dive into the morality of looting and vandalism right now, but goddamn it, when I saw footage of protesters of all races and ethnicities and backgrounds putting their lives on the front line to make a stand and say ENOUGH IS ENOUGH, it hit me deep, and I shed some tears. Someone once said to me recently that they choose anger over sadness, because sadness leads to hopelessness, and hopelessness to depression. I agreed with them then and I agree with them now. But there’s a place for both emotions at the table right now. Let’s channel our justified anger in PRODUCTIVE ways, and let’s lick our wounds and lean on each other to support each other in these tumultuous times.

I’ll end this imperfect little post with a prayer, adapted from one of my favorite’s, St. Francis’s Prayer;

Lord, please make me an instrument of your peace. Where there is hatred, let me sow love; injury, pardon; despair, hope; darkness, light, sorrow, joy. And when I leave this plane of existence, let all those whose lives I’ve touched feel the true essence of my soul’s desire: to be a force of love, and light, and inspiration, and provocative personal evolution. Take my indignance at the injustices of my life and this man-made mess in the world within which I’ve incarnated. Take my laziness, take my indifference, take my hatred, and replace it all with love, and kindness, and strength in the face of sometimes overwhelming odds. Let it be. AHO.